ATTENTION! By default, Sydian is considered to be property of the player who mined it. If your Clan wishes to make the Sydian Clan property, then we recommend that you create a special topic in your Clan Forum (Clan/News on game portal) entitled "Rules of Sydian Extraction and Distribution" and describe your desired rules. All Clan members must then agree with the rules in the comments to the topic (we also advise the Clan Leader to take a screencap of the topic and the comments). Only then will our Guardians be able to review any conflicts of interests that revolve around Sydian. 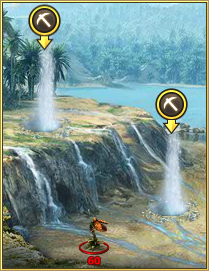 Crystals of Sydian can be extracted in the Roaming Archipelago from special Geysers. Also, small amounts of Sydian can sometimes be acquired in drops from slain monsters . Geysers are only visible to players who are members of a Clan. One Geyser contains 1000 Crystals. When a Geyser is depleted, it disappears and reappears after some time with restored Sydian deposit.

When a Clan member finds an unoccupied Geyser, he can click the Geyser and select a Worker to extract Sydian. A Worker mines 1 Sydian in 1 minute. A Clan can't occupy more than 10 Geysers at a time. A Geyser is considered occupied when a Worker is assigned to it or it has bag with Sydian ready for pickup. 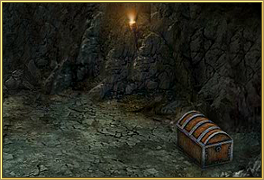 While in the Roaming Archipelago, you can't:
• use Sydian to upgrade Equipment;
• sell Sydian at the Auction.

Both actions become available when you return to the mainland.

Extracted Crystals can be transferred to other players in the Roaming Archipelago or stored away in a special chest in a Hideout. There's a Hideout on every islands of the Archipelago. Hideouts are located on the far shore (not the one where your Ship sets anchor). Please note that Chests in the Hideout are personal: only the player who put Sydian into the Chest will be able to take it out.

Battles in the Archipelago are fought under following rules:
• any warrior can be attacked, even those under the Aura of Peacefulness or Protection;
• attacking a player who is in combat with a monster puts you on the monster's team;
• when you select a Sydian Geyser that is occupied by another player, you are offered to pick a Worker and try to capture the Geyser;
• Your Worker begins Sydian extraction as soon as the enemy Worker is defeated;
• Sydian acquired by the defeated Worker will await pickup from the Worker's master in a bag.

Defeated players:
• are teleported to the Hideout on the island where they lost the combat;
• are inflicted with a temporary effect that forbids them from leaving the Hideout;
• the duration of this effect depends on how far the island is from the mainland: the further from the continent, the longer the effect;
• to avoid sitting idle, you are allowed to teleport to the Vaalor Harbor from ht Hideout, but you'll have to leave all Sydian you are carrying in the Hideout Chest.

icon, then click the "Upgrades" tab in the window that appears.

• Armor Sets for your hero