Hunt for the Golden Lucky, and other updates!

Friends! We hasten to inform you that from now on on the Tart, every Sunday is declared the day of the hunt for the Lucky Golden One!

As Lior Malron says, many centuries ago Darigan Martay was nicknamed the Lucky One for his inexplicable luck. After his death, an unknown sculptor created a golden statuette of Darigan bringing good luck. The statuette was divided into 5 parts, however, during the next transportation it was lost. The collector is ready to generously thank the one who finds the statuette and returns it to its original appearance. Players who have reached level 5 will be able to take part in the event. The adventures will begin with the quest of the same name, the Hunt for the Golden Lucky.

Having collected all the parts of the statuette, and completely restored them, Lior will give you a choice of one of the possible awards:

However, do not forget, games with fortune will not lead to good, tempting luck - be extremely careful! Daredevils who managed to read the folio to the end, repeat strange things about some kind of hunting, souls, one of them managed to sketch the area in which he was.

Judging from the drawing, he found a rather strange natural anomaly, who knows what other danger might be waiting there...

ATTENTION! This is not the final version of the event, there may be improvements and/or changes to the awards received in the future. Also, in addition to the new event, there have been some updates in the game:

1. The managers of the battles increasingly began to notice that the battles on the Ruins of the Ancient Capital, the Tournament of Honor and the Sea Battle, began to turn into a farce. In this regard, if for one reason or another, you do not cause the minimum amount of damage for the entire battle (in the case of Seas and Ruins), or do not score the minimum number of tournament points (in the case of the Honor tournament), then at the end of the battle, you will receive a warning (up to 3 times maximum).

Together with the third warning, you will receive an excommunication from the battle for a period of 3 days, also with this excommunication you will get "under control", the duration of which will be 10 days.

If during the "control time" you get excommunication again, then it will already be for a period of 30 days, with a control period of 90 days.

If you again receive another excommunication during the "control time", then this and all subsequent ones will be issued for a period of 360 days.

It is possible to remove the warning only by showing yourself well in the next battle. The goals for the warning are different for players of different levels. And remember, battlefields are not a place for entertainment, if you go to fight with other brave warriors - fight, and do not turn the battle into a farce.

2. By popular demand, an additional task for killing two or more players during one battle on the Ruins of the Ancient Capital was removed from the weekly marathon.

3. The award for prizes at the Tournament of Honor has been changed, previously all prize-winners could receive a или , from now on only warriors who have reached 37000

Gladiator reputation can receive these elements, all others will be able to receive a as a reward.

4. From now on, the most experienced dueling warriors who have reached 170000

Bonecrusher reputation will be available for purchase a , which allows you to hit your opponent with a painful malicious spell. The ball is characterized by an extremely high degree of injury, due to which the injury inflicted will have a longer effect. 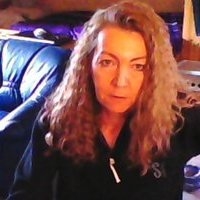 here are 3 from the pieces shown, thanks to optimus

ok it looks like on every account they are hidden different so there isnt all in same places for everyone but different ones, random.

i found , forrest,outskirts sadar, others have found at winery, so good luck finding
Reply QuoteRemoveEditBan
Show Changes
You need to log in or register before leaving a comment.
Site map
Do you really want to delete this photo?
nevermind
yes, delete