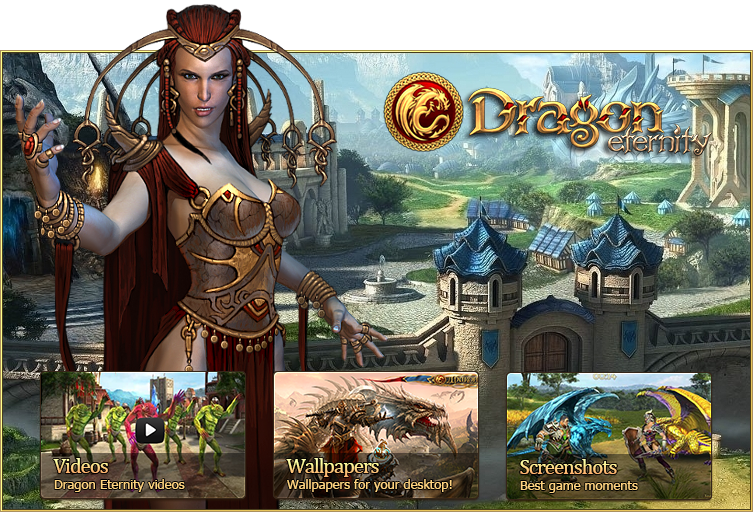 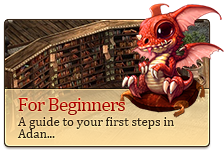 Dragon Eternity is a cross-platform massively multiplayer online role-playing game. All you need to play is a browser or a supported mobile device and connection to the Internet - and you're good to go!

Dragon Eternity is set in the beautiful and mysterious world of Adan which holds many wonders and dangers alike. During your travels, you will encounter sentient races and savage monsters, bold heroes and merciless cutthroats, arcane spellcasters and, of course, the most wondrous beasts of them all - the mighty Dragons.

Your path in Dragon Eternity begins with selecting an Empire to serve. The Empires of Sadar and Vaalor vie for supremacy on Tartu, the largest continent of Adan. The only time they agree to put their differences aside and bury the hatchet is in the face of a common enemy. An ancient evil, the Dark Gods of Shaab, is confined in the depths of the hellish Abyss, separated from Adan by a massive magical gate. When the monstrous hordes break out of their eternal prison, only unity can save Adan from destruction. After you swear loyalty to one of the Empires, you will begin your journey in one of the two War Academies, establishments famous all across Tartu where Adan's best of the best, future Dragon Knights, are forged in strenuous training in both martial skills and the art of magic.

• As you complete Quests, slay Monsters and battle other Players, you earn Experience which is required to level up your Character. Each gained level unlocks new Equipment, Items, Magic or other game features for you to enjoy. 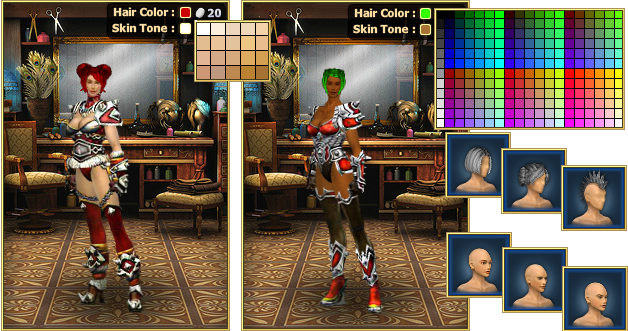 • Earning different Reputations and Valor in PvP-battles grants you access to unique Items and Equipment for your Character and their Dragon companion.

• Taking part in Sea Battles and Clan Wars earns you Heroism and Ranks that unlock even more unique Items. A convenient Rating system will help you track your progress as you compete against other warriors for the top spot.

• While starting Equipment can be used by all Characters, further on up the road you will be able to select a Class for your Character: Berserk, Paladin or Witcher, each with its own benefits and specifics. And here's the best part: you can change your selected Class any time you want! 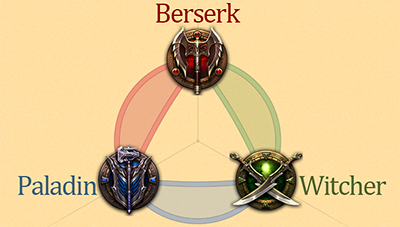 • Tired of playing alone? Ally with other players by creating or joining Raids, Groups, or Clans. Add allies to your Friends List for easier communication and design plans together to conquer the world!

• Even when pitted one against many enemies, you're not really alone. Summon faithful allies to even the odds and turn the tide of battle side by side with your Dragon companion, Skeletar warriors and charmed monsters who will protect you until their last breath.
• Adan is beautiful in its multitude but don't let your guard down! Thousands of dangerous Monsters and wild beasts roam its forests, plains, marshes and hills. 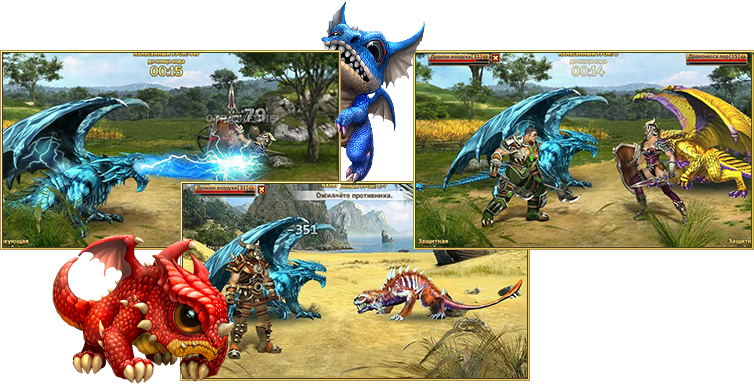 • Dragons level up and increase their combat characteristics just like your Character does. Now here's a question for you: what's better than a mighty Dragon? An armor-clad mighty Dragon, of course! Special Dragon Equipment that can be purchased or acquired as trophies in battle will turn your winged companion into an ultimate force to be reckoned with.

•  Dying in combat while your Dragon is still alive is not the end. Keep the fight alive by taking control of your Dragon. Bite, claw and burn your enemies to ashes to avenge the master!

• Deploy a wide arsenal of combat strategies that best suit your playing style and circumstances: crush enemies with physical attacks , activate enchanted Orbs to boost dealt damage, rain Striking or Poisoning Spells down on your enemies, curse other warriors with Scrolls and Glyphs, summon your Dragon companion or magical minions into combat - there is a strategy for everyone in Dragon Eternity.

• A special combat feature allows you to follow the actions of a selected enemy or ally in combat.

• Adan's magic practitioners study the mystical powers of the 6 Schools of Magic: Fire, Water, Earth, Air, Chaos, and Order. Each Class has access to three preset Schools that best reflect the nature and spirit of each Class.

• Battle magic takes two forms in Dragon Eternity: Striking Spells inflict large amounts of instant damage on your enemies while the Poisoning Spells work more subtly, taking smaller chunks out of their Health over a number of turns. Additionally, all Spells have a chance of invoking a secondary effect (some Spells have a 100 per cent chance to invoke it).

• As your Magic Mastery increases, you can level up Spells, making them more powerful, deadly, and spectacular.

• Heroes of Adan can take different types of Quests: Narrative Quests advance the game's main story; Normal Quests represent your everyday adventures; Recurring Quests earn you Reputations and Mastery; while Heroic Quests only occur during large-scale events that can change the destiny of the entire world.

• Completing Quests will often require more than simply waving your weapon around and killing pack after pack of monsters. You will be asked to search for lost or stolen items, unravel mysteries in complex investigations, catch elusive spies and double agents, help inhabitants of Adan with their daily routine and much more. Prepare to become a jack-of-all-trades if you wish to beat every challenge in Dragon Eternity!

• A variety of mini-locations and mini-games will give you the much-needed rest between epic battles. Repair broken machines, test an experimental cannon, build your very own hive, excavate a mured statue, fix a roof damaged in a failed experiment, use special bombs to drive monsters out of a mine - these are just a few of the many exciting things that await you!

Earth shakes and walls rattle when heroes of Adan ride their ferocious Mounts into combat. Make sure you don't get trampled and purchase your own war beast to strike fear into enemies' hearts!

• After purchasing a Mount, you will be able to ride it into battle where it will absorb 1/3 of the damage dealt to you until it runs out of Health. And that's not all: Mounts also allow you to use Ranged Weapons and serve as beasts of burden.

• PvP-battles to satisfy every taste await you in Adan. From Arena of Honor to Seven Bridges of Shadan to unique Sea Battles - steel rings and PvP action never stops in Dragon Eternity!

• Sea Battles redefine what proper PvP Battlegrounds should look like. First, you work together with other players, fighting pirate rapscallions for their riches. Then, the real fun begins as two ships from opposing Empires clash in a Cannon Shootout where every member of the crew is assigned a role of a Captain, Gunner, Defender or Sailor. When the smoke clears after a quick breather, Boarding commences, and the two crews give each other a taste of their steel in hand-to-hand combat, finally deciding the faith of the pirate treasures.

If you're looking for a real test of your skills, assemble a band of loyal companions and venture into the dark Skrag Caves where the mysterious Cave Horror lives or sneak into the monster-infested Razed Fort in search of legendary Equipment and Artifacts. Use these artifacts to forge powerful armors and weapons and become the stuff of legend!

There is more to Adan than just combat and war. Peaceful trades bloom here, too. Hunter, Fisherman, Prospector, Farmer, Alchemist, Blacksmith, Jeweler, Cook, Inscriptor - choose whichever Profession you like best, gather Resources and create Items for your own needs - or make a fortune by selling the fruits of your labor to others.

There's always something going on in Adan. A lot of wondrous, exciting and strange Events stir up the mundane lives of Tartu's inhabitants. Take part in these Events, fight powerful foes and receive unique trophies that really make it worth your time!

If you don't have a game account yet - register now and dive into a world of excitement and epic adventures! If you have forgotten your password or have any other questions about the game, don't hesitate to contact our tech support.