Combat Events boost your Character Progression and offer other valuable opportunities:
• Duel of Truth puts you up against warriors from the opposing Empire and allows you to earn Hero of the Empire Reputation in addition to Experience and Valor.
• During the Day of Battle Steel, your Equipment doesn't break, so you don't have to worry about repairing it and can fully concentrate on combat.
• The Day of Grand Heroism, as you surely guessed from the name, allows you to earn more Heroism to quicker gain Titles, which grant access to Characteristic-increasing Regalia.
• During the Day of Martial Valor, all earned Valor is doubled, allowing the players to quicker gain new Ranks.
• Warriors who deal the required amount of damage and kill enemies during the Day of Ruthless Fury get a chance to receive Caskets of Destroyer, which contain powerful Consumables, Equipment, Jewelry, etc.

After a Duel of Truth has been declared, Standard of Confrontation will be placed in the location where Duel will be held, two hours before its start.

Standard marks the place where Vaalor and Sadar warriors of indicated levels are allowed to attack each other. To attack a player from the opposing faction, find his or hers character name in the location player list and click the crossed swords button. Bonecrusher Spheres cannot be used to attack players in the area where Standard of Confrontation is active, but it is allowed to use Spheres when already engaged in combat.

For defeating the enemies, you wil receive Valor as well as Magma Bombs (number of Bombs depends on the damage you deal in battle). In case of a loss, you will receive the same amount of Valor, but 70% less magma Bombs.

You will need Magma Bombs in the second stage when the quareling characters will enter the combat. Use Poisoning Spells and Magma Bombs to deal damage to the enemy leader, claim the victory for your faction and receive a substantial amount of Valor.

Players who receive the "Duel of Truth" quest from the represantative of their Empire and deal 1000 and more damage to the opposing team will receive a Valor bonus if their team loses, and a triple bonus if it is victorious.

During its long history, the largest continent of Adan, Tartu, has more than once become target of expansionist campaigns. Defending homeland against the foreign hordes were the best of the best, great heroes who inspired others by examples of immortal courage and self-sacrifice. Those heroes where ready to battle for their ancestral land until the last drop of blood, to bravely march against any enemy, no matter how strong and unbeatable.

Every third Saturday of each month, from 19:00 Server Time to 07:00 Server Time of the following Tuesday, the Day of Battle Steel is celebrated, a holiday that commemorates the fallen heroes. During this day, all the warriors of Tartu are blessed with protective magic, making their equipment invulnerable to decrease of durability after a lost battle.

Anyone who in the slightest degree knows how to handle a weapon, also knows this: Day of Battle Steel is the best opportunity to receive invaluable combat experience and earn Valor – the attribute of any true hero.

May luck smile upon you in battle, warriors of Adan! 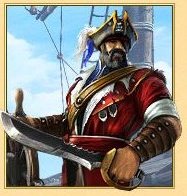 Experienced warriors know that Sea Battles and Clan Wars are the most dangerous and demanding of all Adan's challenges. The best of the best fight for pirate treasures and Aspect Crystals, earning both wealth and a place among Tartu's finest. Winners of these battles receive Heroism that grants access to Regalia – special items which balance your Character's stats, making him more powerful than ever.

The Elder Dragons are giving warriors a chance to become living legends of Adan. Every fourth Saturday of each month, the Day of Grand Heroism is proclaimed. During this Event, participants of Sea Battles and Clan Wars receive 30% more Heroism than usual!

Valor is one of the most important Characteristics, and can only be earned in combats against other players. It grants access to special Character and Dragon Equipment and some really powerful Consumables.

To encourage the brave warriors and warrioresses of Tartu, the Emperors of Sadar and Vaalor hold the Day of Martial Valor once a month!

During this day, the amount of

Valor in all Battlegrounds – Arena of Honor, Seven Bridges of Shadan, Tournament of Honor, King of the Hill and Sea Battles – is twice higher than usual, which makes this day a perfect opportunity for improving one's martial skills and glory. 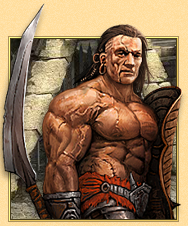 The roots of this tradition go so deep into history that no one really knows how it started. Historians and chroniclers never tire to offer new versions: an epidemic of unknown frenzy, terrible famine that made people fight for food, or even a ritual practiced by savage cults of the past.

Whatever its origin, the Day of Ruthless Fury is one of the main Events for every warrior of Tartu. Players of level 6 and higher are allowed to participate in it.

During this Event, you can take the "Day of Ruthless Fury" PvP Quest from Master Davian. This Quest has two objectives:
• dealing a certain amount of damage in combats against other players;
• slaying a certain number of enemies who are two or more levels higher than you.

There is no limit to the number of times you can take the "Day of Ruthless Fury" Quest during this Event.

During the Day of Ruthless Fury, you can't curse an enemy with a Bonecrusher Sphere in the Arena of Honor, Seven Bridges of Shadan, and Sea Battles, but you receive an increased chance to earn Bonecrusher Reputation when you use the Spheres. You also have a higher than usual chance of receiving the special transferable Bonecrusher Casket!

Even takes place every first monday of month and only players who have reached level nine can participate. Valorous valorians will gather on left slope of Knossos Canyong, but brave sadarians – on right. Warrirors will fight on three bridges that stretch over the fiery chasm. 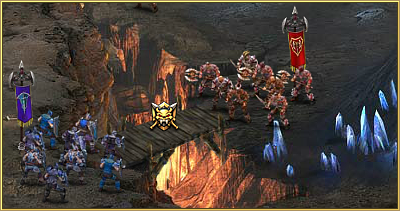 The battle will begin between warriors of sadar and valor. The player is able to choose which one of three fights to participate in by joining members of his own faction. The number of participants in each fight is unlimited. If a fight on one of the bridges is over while others are still taking place you'll be able to support your teammates in those battles by joining them!

Empire which wins at least two out of three battles will win. For participating in Clash of Empires players will receive valor and heroism, as well as Hero of Empire Casket: in casket you can find items that will help you in further battles and maybe even and Hero of Empire collection pieces!