So this guardian program

Since the guardian program has started, it seems like it was a big explosion, then then died out. So, are guardians still here and actively trying to improve the game, or are they just punching in and out the clock and collecting their orange chests? I ask since I have tried both asking them, and putting in support tickets and neither got me anywhere. This teleport and fight bug is a serious impact on ability to play the game. Not being able to send mechs against a player is a major bug. We have asked for changes to maze to allow others to have a chance to gain rep, but get no answer, this list goes on and on. Yet nothing gets done or work arounds are offered but not shown to actually work.

So I question the effectiveness of having guardians and rewarding them with orange chests. Or, we are all guardians, and I want back pay ;)

This server still has major issues. It would be amazing if admin would come back and correct some of the damage done. Do not show up, drop a bomb, then walk away. I think we all deserve better than that. You don't want to give the rest of us a chance at lottery items, I guess that is fine. I question why so few got the right to win those powerful items, but if that is how it goes, so be it.

Just my two cents worth. I really wish people on this server would just put their suggestions or constructive ideas here. But whatever. It is public forum.
QuoteRemoveEditCloseMoveBan
Share:
Tweet
Comments

71
We respond to requests every day as soon as they come up depending on who is online.

We can only pass along your messages to the only person we have access to, which is Dreidan via Skype. If these do not get addressed via support tickets or by him, there’s nothing the Guardians can do because we neither have the access or capability to correct bugs. The Council passes along suggestions for improvement. We are not programmers; we can only act upon enforcing chat and forum rules / shackling after investigation into cheating reports/ weekly confrontation checks. .

Ok, so how do we get some real changes here? Is Dreidan just no longer answering at all? Because I can say my tickets to Game Insight went no where.

I am well aware that the guardians are not programmers. But really, how much work is there in the rest of this? And, if the Admin is not willing to fix major issues, then what is the point in enforcing rules, making suggestions, or anything else? Just wondering.
Reply QuoteRemoveEditBan 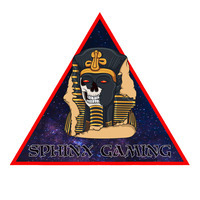 63
I have been saying this for a long time. This game is very outdated with a dead player base. It isnt worth spending time or money on to fix problems. If you dont like the state the game is in then dont play becuase it very obvious that nothing is going to get changed so just stop whinning and complaining and either play like it is or move on
Reply QuoteRemoveEditBan
Yea, though I walk through the valley of the shadow of death, I will fear no evil: for thou art with me; thy rod and thy staff they comfort me”

I have no idea how to get real changes because that does not fall within mine or any other Guardian’s abilities.

You have elected to post suggestions and changes, and we pass it on as we would anyone’s suggestion. If they are not addressed, we have no control over that. I don’t find it pointless to maintain rules and prevent cheating, that is what we as Council were tasked to do so we continue to do it.
Reply QuoteRemoveEditBan
Trzeba mieć wytrwałość i wiarę w siebie. Trzeba wierzyć, że człowiek jest do czegoś zdolny i osiągnąć to za wszelką cenę.

Do you actually get any reply from the admin, or just nothing? That is my question. My post is about major bugs that many face and is making the game not playable. So, my question is, do we have any chance of actually getting the bugs fixed? I was told by guardians to open a ticket, i did that, it was closed without any fix. So, I am honestly wanting to see if the admin replies to you all. I know others have asked about bugs, and got no reply.

I get it, you hate the game. So maybe take your own advice and log off. Some of us actually enjoyed the game back in the day, and would like to see it return..
Reply QuoteRemoveEditBan

Replies are not provided to us. Bugs are sent and posted to Dreidan or via support tickets to Game Insight. Beyond that, there is not much more information made available to Guardians.
Reply QuoteRemoveEditBan
Trzeba mieć wytrwałość i wiarę w siebie. Trzeba wierzyć, że człowiek jest do czegoś zdolny i osiągnąć to za wszelką cenę.
Show Changes

Ok, guess I thought guardians had more ability to get answers from the admin since the sea change was pushed through. Strange that you have ability to post items to Dreidan, yet get no reply. Guess I was wrong (not the first or last time that will happen). What started mostly as a mobile game, is not nearly impossible to play on mobile devices.

Guess we have a few people who are highly rewarded for being monitors now. Good gig if one can get it :)
Reply QuoteRemoveEditBan

63
Amherst, i enjoyed the game to, you forget ive been in this game much longer than you. i remember when this game was actually alive, i just happen to realise its not coming back to that glory again, it doesnt have the player base anymore. youre just dilusional and think that it can come back. ive seen multiple games die and try to rebuild and it just doesnt work. look at a game called Turf Battles for example. it died many years ago and tried to make a come back a couple years ago, to which i spent money to help bring back and the community just isnt there. the game isnt the problem its the fact that there is no community to make it worth working on
Reply QuoteRemoveEditBan
Yea, though I walk through the valley of the shadow of death, I will fear no evil: for thou art with me; thy rod and thy staff they comfort me”

Guardians have always been monitors and we communicates changes , but they can only be enacted if admins / developers elect to do so. I can send 20-30 messages a day, but the response falls on them.

And, considering every punishment handed out normally results in minimum an hour, or 2 of arguing back and forth, not counting the hours spent in investigation, Guardians are paid fairly for what they do. Especially when they have to deal with people that are nasty and rude.
Reply QuoteRemoveEditBan
Trzeba mieć wytrwałość i wiarę w siebie. Trzeba wierzyć, że człowiek jest do czegoś zdolny i osiągnąć to za wszelką cenę.
Show Changes

When is the last time the guardians heard from the Admins?

Seems like there are lots of games that continue to please their users. will DE make it, who knows. But it takes active players trying to make it better for a game to make it. "the game isnt the problem" I strongly disagree. DE has been abandoned by the admins. It takes work to keep a program working with all the updates others do (Windows, Android, iOS, Flash, etc). You simply cannot leave it, and expect it to keep going. If the admin and players were active, not just showing up for 20 minutes to bitch, then maybe the game could continue. Do you think World of Warcraft goes on autopilot? Make a difference, add to the talk, not just say it is dead. Come up with one idea that might make a difference. Or an improvement of a bug.
Reply QuoteRemoveEditBan
Show Changes 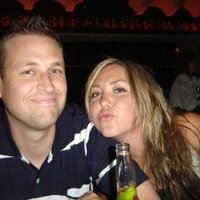 70
Maybe it doesn't have the active player base anymore because no one does anything to fix the issues..
Reply QuoteRemoveEditBan

76
kingmp, big facts... it all started when they took away caves, that was a major reason why I was still playing the game.. as a non casher it gave me gold and was how I made the majority of my friends.

add in war which is a big part of the game not working for like a year? Then islands was gone for a long time as well the last 2 reasons I think made the older/loyal players leave.
Reply QuoteRemoveEditBan

76
Then they raised the lvl cap without fixing most of the problems the game had lol... but the major cashers wanted it to happen and well common sense lost to money.. add in the same events or the events that used to happen doesn't anymore and well shit went downhill.

My advice? Give us shit to do, ruins doesn't work so make it like sb sad as can make the most of a team.. or if u can't do that give us the quest where we can get ghost of shadan summons. Old events can be brought back like dot or elements.. or u can give us the marriage quest shit that we were promised but never got
Reply QuoteRemoveEditBan

76
goddessLinda, yeah lol.. around the time they opened up the wedding garden they promised us quests for young couples and a store for married couples ... been a couple years now though

... I believe u can look at it in announcements
Reply QuoteRemoveEditBan

71
For the time being, no updates or changes have been relayed to guardians.

Here is the link to the mentioned couples quest.

76
Leane, ty leane! I don't blame u at all but unfortunately others will always blame the ones on the front lines... u winter glean and others do a job that is pretty much thankless for most of the player base but yall proved that our faith in you was well worth it...
Reply QuoteRemoveEditBan

70
@Leane tell them to read the reviews on the playstore for the app lol. Could be a big factor around no new players, a big chunk of people cant even play the game on samsung tablets or mobiles. I guess not many people in the world use a samsung eh

Who wants higher than a 1 star rating anyway?
Reply QuoteRemoveEditBan

76
kingmp, lmao
Reply QuoteRemoveEditBan
You need to log in or register before leaving a comment.
Site map
Do you really want to delete this photo?
nevermind
yes, delete