After several discussions and careful considerations from now on May 30 2016 it is no longer allowed to suicide your alts into monsters on Archipelago to heal the curses afterwards, also any similar behavior with dying to these monsters naked will be considered breaking rules including with your mains.

Sailing - it is now completely forbidden being on same ship with your alt to be in line with rules that you can't be in same fight as any of your alts punishment if found will be same as being in fight with your alt. As far as sailing naked like some do will for now stay as gray area and for time being will not be punished.

- Only the breach of these rules after date of posting will be considered breaking rules. Anything mentioned above that was done before the time of this post won't be punished.
QuoteRemoveEditCloseMoveBan
Share:
Tweet
Comments 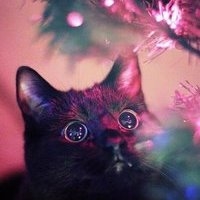 23
"As to the curse, next time you wish to bane me in dot, do it while NOT standing rightin front of me. "
There were 2 people left in the DoT fight, it was close, and half my clan was already bleeding from bane and hexes. And you want me to play nice with you? For 6 months now you have been bc'ing, hexing, baning, without healing. And don't give me this "you're Elitists" crap, you were doing this to me in AS and are the reason I had to switch. So, I my reply to you: Kiss my furry butt and don't forget your Mirror next time.

As to the recommendation for changes to ship battles, Go ahead and change it, and as with all the rules, I will follow. I would love to hear other Ninth opinions on this, considering the number of times we've been attacked at sea and had them refuse to fight back. But hey, it's not about what's best for the game or the clan, it's about what's best for Amherst.
Reply QuoteRemoveEditBan
Lord, grant me the coffee to change the things I can, and the wine to accept the things I cannot.
Show Changes

Sooo many toons in soo many clans... too funny. And i never bc you in AS, so that is BS. Make all the justification you wish for your actions and distroying a clan. That was all on you. Not me.

If anyone is dodging a one on one sea battle, then yes, punish them.
Reply QuoteRemoveEditBan

54
ah this is what I was missing. daily dose of drama

"> don't mind me. impartial 3rd party.
Reply QuoteRemoveEditBan
Klaatu Barada Nikto Live life, it's the only one you'll get. (I live on a sailboat! :P) 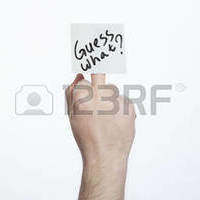 70
Amherst,
Holy amazeballs (yes that's a word in the English dictionary), Amherst had a not bad idea. Could do with some tweaks and discussion, which considering the original post merits it's own thread. Would be good to do so before the new islands appear and whatever changes are imposed on us.
Reply QuoteRemoveEditBan

70
Dreidan, Now that admin/council is back, please consider removing this post. There are no longer rachnis to worry about. And the sailing with alts rule should not apply only to those that can (and do) read the forum. If it is not on the official rules page, it should not apply to anyone. Thank You

Reply QuoteRemoveEditBan
3 weeks without proper internet means a cranky kitty needs some war time!
You need to log in or register before leaving a comment.
Site map
Do you really want to delete this photo?
nevermind
yes, delete