How come, when you will a monster during Hours of Prosperity, you get the exact same experience, but a different amount of silver? This assumes the following, you are mounted, using HoP, and just you (no summon dragon, or anything else). No balm, or reflect covers. Just you, hitting the monster and killing it.

I have notice the amount of silver changes in the range of +/- 3 silver.
QuoteRemoveEditCloseMoveBan
Share:
Tweet
Comments

hey, welcome back after three years off. I just recently started killing mobs and just noticed the discrepancy in payment. The exact same exp is given after each kill and the damage is the same (damage dealt to the mob). I just found it odd. Not really complaining, just more wondering if that is expected.
Reply QuoteRemoveEditBan

complaining sure stuck with you for the 3 years:) glad to be back.

But yes, I assume if you're killing the same mob..you're doing the same damage?
82 levels, and 4+ years playing, and you're just starting to kill mobs? You never noticed it doing protector quests? or fighting shaab monsters?

I'll help you out though, if you take a peek over to the noobies handbook, under loot and trophies
"Loot is awarded for defeating monsters and may include Money, Equipment and Consumables, each with their own drop chance."

Just like consumables and other drops have their % drop rate, so does gold. It's all just random based. I assume a monster has a set boundary, for example 15-20s to drop. You getting 16s one fight and 18s the next is just random.. but hey, go nuts in the forum if you wish over a few silver and has never been talked about in the 6 or so years the game has been up for.

well again, i don't think asking a question is complaining, but i guess you think so. It was meant as an honest question.

yes, killing the same mob, and doing all of the damage.
I rarely killed mobs due to exp gain. I guess i never noticed it on protector quest since i used dragon to help kill and reduce exp.

So If i look at the mob page, i don't see anything about loot drop. And since i saw a difference in money, i asked. Arena, money is all based on damage, so that is what prompted my question, if i do the exact same damage on the exact same mob, should not my loot drop be the same? Now, yes, if there is a range of loot reward, and then that makes sense, but without it being shown, i thought i would ask.

btw, i have been playing for 7 years ;)
Reply QuoteRemoveEditBan
Show Changes

but even without this link, I think it's fair to say it was intentional and if you haven't had a problem in 7 years...doubt it's bothering you that much:))
Reply QuoteRemoveEditBan
PrinceNeverWearsAShirtAlexander

Right, no where in there does it say loot is a range,

In fact:
• Loot is calculated independently for each each slain monster;

• money received as Loot is proportional to the amount of damage dealt to the monster;

so, if i fight alone, the same mob twice, and do the EXACT same damage each time, should I not get the same loot? BTW, thanks for proving my point, it is good i asked, since no one else seems to have.
Reply QuoteRemoveEditBan
Show Changes

82
had one person give their idea, maybe loot drop is based on how long the fight takes or how much health you are left with?

Could be. Again, my reason for the question is because we really are not giving clear expectations. I am not complaining, just wanting clarification.
Reply QuoteRemoveEditBan

76
Amherst my friend why complain on a game that's almost completely dead?? Just leave it be and don't get stressed out over it, 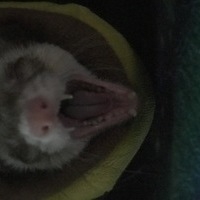 behave! Glad to see you two back

82
odd, on the Russian server, it is against the rules to add items not on topic. Also seems odd a guardian would not even try to answer the question.
Reply QuoteRemoveEditBan
You need to log in or register before leaving a comment.
Site map
Do you really want to delete this photo?
nevermind
yes, delete