i checked some mins before end rating..... 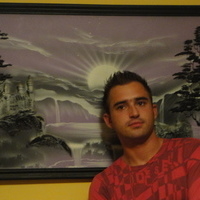 75
Your life must be so sad that you have nothing to do sitting here for almost whole day and creat post every single day oh poor donkey !!!
Reply QuoteRemoveEditBan

14
Yes its sad that all Ved's post automatically goes to archive but maybe guards should have a look on this. Not long ago Admin stated that he not want see main and alt winning in same week confr (either in different lvl range). If Ved got jailed because of this, even when rules werent announced yet, why others are not punnished???

This rule was made by Admin. No guards can overrule it.

Im pretty sure if he did the same, he would be already in jail...

By the way this rule is a nonesense, as there are not enough active players in lower brackets who can push away those who like to play and active with main and alt too. If they want progress alt, they need make arena. Or they should loose all fight, or even stop playing with main, or what is the reason here?

And why the confrontation rating is still existing? There were not enough vote to remove it? And if its still here but soon will be removed, the fresh new rule not apply anymore there? Shouldnt that be announced as well?

But this rule was made for all, not only for one player. So i ask the guardians to do finally their job and enforce rules not allways find the loophole, if the unexisting, aftermade, nonsense rules are broke by other player than Ved.
Reply QuoteRemoveEditBan
( ͡° ͜ʖ ͡°)
Show Changes

45
-_Thornus_-, all yuors life how and u its nothing.....
Reply QuoteRemoveEditBan

75
Sydest, Did I say anything to you? Nope !!! But looks like you have to be everywhere to get attention or maybe you are a donkey speaker is it ??

It is not mine role to say someone getting against the rules and iam leaving that for guardians or admin and advise you do same or go to be a guard then you could do more action than regular ppl it is simple.

You been a good person but since you get for relations with donkey then you become a sneak that’s all I know.

If you smart enough that might be chance you understand anything what do iam trying to say!
Reply QuoteRemoveEditBan

75
o Randomer o, you advice as well go to get some english lessons , cause using translator in your case it seems like child in darkness lol
Reply QuoteRemoveEditBan

45
-_Thornus_-, how about tell me any on russian)))), maybe show me class, чурка.
Reply QuoteRemoveEditBan

77
Nice try dumbass....this was not minutes before the end of confrontation but days. LOL Quicksilver was passed and in 4th place on Friday. You're a complete idiot! This is why your posts end up here.....you're too stupid for this server. LOL
Reply QuoteRemoveEditBan
Show Changes 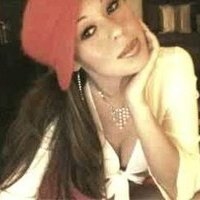 77
You are your idiot posts......admin should shackle you for trying to lie.
Reply QuoteRemoveEditBan

71
Don't understand what the issue is with this, but an alternate didn't win confrontation. End of story. You're trying to get someone jailed for doing absolutely nothing. We looked, someone else won the 3rd. And I wouldn't have to move these posts if they were not all making accusations and starting flame wars. You can easily PM any guards to report violations but you have chosen a public forum for which these complaints don't belong. You can either post them in guardians section or they will be moved to here.
Reply QuoteRemoveEditBan
Trzeba mieć wytrwałość i wiarę w siebie. Trzeba wierzyć, że człowiek jest do czegoś zdolny i osiągnąć to za wszelką cenę.
Show Changes

90
Leane, just stop liar and tell us true, its u help them all, his alt was 4th, but buster was shackled(maybe because fast x furios also his alt?---or he paid any for break rules////offcorse u will not answer....) and quicksilver begin be 3rd, captain zapp with 76 points also but he stay on 4th place and he not was online like and 5th-destructor with 64, so he cant beated from any with place so this some minuts before end rating, so i sure its u help them somehow to not be shackled....
p.s. u not anymore fair guardian for me, i wont u ask any investigate, because know yuors answer for sure.
Reply QuoteRemoveEditBan
И так будет с каждым!!!
Show Changes

71
vedmak1984, I'm not sure how I helped them considering it was autum who verified that no casket was received by the person you accused. And no problem, you can send it to any guardian please. All reports are discussed in the guardian chat either way so we can decide how to best handle it.
Reply QuoteRemoveEditBan
Trzeba mieć wytrwałość i wiarę w siebie. Trzeba wierzyć, że człowiek jest do czegoś zdolny i osiągnąć to za wszelką cenę.
Show Changes
You need to log in or register before leaving a comment.
Site map
Do you really want to delete this photo?
nevermind
yes, delete