As always, the update will bring you a number of surprises. We hope you won't be disappointed with the fixes and innovations.

1. The emperors of both empires issued a decree, according to which Skvaliga Bron destroys all his records of faction changes of every inhabitant of the world of Adan, and from today, the first transition to another faction will again be 10.00. However, as before, for all subsequent faction changes, the greedy merchant will charge an increased fee.

2. From now on, cast the spell on players under the effect of protection of purple quality or higher.

3. Extracts of dispelled enchantments will now provide protection not only from 6 elements, but also from damage caused by the magic of Death:

4. By popular demand, the senior priests of the Temples of the Dragon, Gal Karion and Lar-Dian, combined their efforts to create a spell, the power of which was able to separate the into two equal parts, as well as extend the life of the resulting artifacts to 1d.

5. Also, in anticipation of the Night of the Great Dragons, the brooms were reworked:

In addition to the increased characteristics, the entire beautiful half of Tart

using brooms, will be able to move around locations without spending energy and with significantly reduced costs for teleportation.

6. Also, intelligence reports on multiple appearances of especially dangerous monsters. They can be found at locations such as: Aldorian Road, Hall of Masters, Steppe Temple and Bay of Broken Dreams, be extremely careful, it is almost impossible to destroy them alone.

However, those daredevils who dare to challenge these evil spirits, in addition to the usual consumables, will be able to get the transferable .

7. The miracle of rebirth has become available for players who have reached level 90. To be reborn, follow the instructions of the The Wonder of Rebirth quest.

8. Traditionally, we also want to acquaint you with a list of some of the recently fixed bugs:

• have been added to the list of available combat buffs;

• fixed a bug that allowed wearing a necklace of Heroes of the Empire not of their class;

• fixed a bug in the Sidian Mine in the personal Outpost, allowing you to receive 150 units. sidian instead of 50 units. for players with level 1 mine;

• the mechanics of the quests issued during the Night of the Great Dragons event have been changed, now repeated quests will be issued with a 3d lifetime. as before - once every 4 hours, until the end of the event;

• a number of texts and descriptions on the game's Infoportal have been improved.

May the grace of the Dragons protect you. Until we meet again in the game!

41
Oh my gawd, that is an incredibly welcome update!! That''s some impressive work thank you very much, and GOOD JOB! 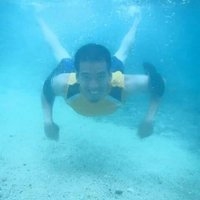 72
Thanks for the recent Updates!
Reply QuoteRemoveEditBan