Changes in professions and recipes!

The time of change has come in the world of Dragons, and we are all with we are waiting with bated breath for the next news. What are we waiting for?..

From now on, all residents of Tarth who own manufacturing professions and are eager to learn from new recipes and schemes red and black qualities, will be able to get them not only by fighting monsters, but also by participating in a number of other activities:

• as before fighting with ordinary and elite monsters;

• destroying Torlings on a wandering Archipelago;

• participating in a battle with Leaders from other worlds;

• participating in the tournament Invincible Warrior;

• participating in the League of Eternity.

If you were not lucky enough to get this or that recipe or scheme, you can purchase them on Auction from other players. You can read more about where you can get the recipe you need in the item manufacturing menu.

Fortunately for the brave

Hunters forever fighting with their prey, the hunting time was increased from 40 min. to 2h. with the corresponding price adjustments for bait and tools (except knife), when cutting monsters caught using traps, a tripled amount will be issued, respectively resources. When hunting with only a knife, the amount of meat will not triple .

Anglers who have been watching their nets and fishing rods for an infinitely long time will now be able to lure fish, thereby increasing the amount of fish caught in the tackle.

To use the bait, use the appropriate interface tab available when installing the bait in the network.

Do not forget to follow the news, these are not the last pleasant news that we plan to inform you about in the near future...

62
So how is this any better for the hunter? I could get the same amount of resources under the old time (3 * 40 minutes) as the new system - 3 resources in 2 hours. It seems the other professions are getting more bonuses than the hunter.
Reply QuoteRemoveEditBan 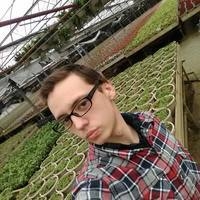 52
Seth Traymor, they can make arrows with their resources so they are more valuabel
Reply QuoteRemoveEditBan
I sign with a sword and i talk with pride i will always have honor till the day i die
You need to log in or register before leaving a comment.
Site map
Do you really want to delete this photo?
nevermind
yes, delete