Again, the keepers do not see the violation

on a watch in the arena threw me a driller of harley, isn't that a burden of a bug?
on the terra if you go there you read for this they give the prisoner the shackles and a fine and the nus lina again doesn’t see what, I’m just wondering how much you will close your eyes to breaking the rules? and after all you write to me that you are not biased?

80
the difference between terra and nova on terra is a swan, although everyone doesn’t like it, it puts everyone down and punishes someone who is wrong, but we have a line that either licks harley or something else and doesn’t notice its violation
Reply QuoteRemoveEditBan

80
the rules say that for the draining battles the prisoner's fetters are given, the screen was given to Harley not in prison, it’s strange, now the burden of the game’s bug is that what are the fetters too for and again without fetters? I correctly understand what is allowed to him then is allowed to everyone else? give us comments, show us your lack of tolerance and honesty, or is something wrong again?
Reply QuoteRemoveEditBan

80
they wrote me a screen, Lina can’t ignore the players if you’re a keeper or it’s not alien to you
Reply QuoteRemoveEditBan 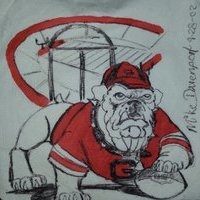 72
If a rule is broken, Council will look into the situation. As a Council we investigate allegations of wrong doing and we apply punishments and warnings where we see rules violations. There are some actions that are not against the rules of the game but are thought to be highly inappropriate. Players who break the rules are punished by the Council members. You stated Harley threw a combat, however there is no proof of such thrown combat. What you sent was a link to a combat where your ally who was a wraith did less than maximum damage. If this was Harley, where is the evidence he did that deliberately. Was there multiple occasions of this type of illegal fighting, or did his opponent get a crit-kill? Did the wraith disconnect during combat? Without any way of knowing the answer to this question, shackling another player just based on one combat would not normally result in a player getting shackled.
There are certain actions that are more based on player etiquette and players who violate the norms of the game tend to get picked on by other players. As an example, it is considered highly inappropriate to attack a player who is chasing Garuug. It is not against the rules, but by doing so, the attacking player should expect to be the target of legal attacks. It's also allowed to attack players whenever they are not using protection. Doing this may have ramifications though, so caution should be used before making another player angry by attacking them. It would appear you have been the instigator of these sort of inappropriate player actions. None of which are illegal, but don't act surprised when you attack a lower level player who is chasing Garuug and someone from that players clan who is higher level than you attacks you.
You can post all the comments you wish as long as you don't break any of the Forum posting rules, but posting Forum posts won't change the fact that you attacked another player while chasing Garuug, and it won't change the fact you baned a player and refused to heal it. If you don't like getting drillers sent against you, then I suggest you think wisely before acting in a way that will surely bring retribution.
Reply QuoteRemoveEditBan

80
I understand well, I will also say, but what about the use of a bug in the game? for this, too, there will be no punishment for him and there will be no shackles? on the terra if you go in and read for it immediately planted, with what without the right to ransom, consult the swan on the terrace if you do not know about it
Reply QuoteRemoveEditBan

80
I think that after you have explained, any of you can be offended by breaking the rules for losing military operations.
Reply QuoteRemoveEditBan

80
if you still need it, I can attach 10 screenshots what use of the bug in the game they give shackles right after they talk about it, but for some reason you are very loyal to Harley, is it because you are connected with him in the same clan and you have you?
Or are the rules on Terra and Nova different?
Reply QuoteRemoveEditBan

72
First, I need to know which bug you are saying is being exploited and by whom.
Next you stated that Harley was in a combat and he died out to help his clan mate while Harley was on your team. I saw the fight link and the fighter was a wraith. I don't know how you know or would guess that this is Harley, but whether it was or was not doesn't make the fight a rigged fight since you cannot show proof that the fight was rigged. Low damage totals on a single combat can happen for multiple reasons. If the Guards were to shackle every player every time they had low damage numbers, practically every player would be shackled for it at some point in time. It doesn't mean any of those fights would have been rigged combats. So, to single out one combat to say it was rigged would mean you are asking the Guards to interpret the intent of the player who was a wraith, and to assume that wraith was the person you claim it to be. I would be surprised if any Guard would ever shackle based on that.
As for the use of a driller against you. You stated that it was Harley who sent it against you. It's his right to do so, but I would like to know what evidence you have that it was Harley who sent it against you.
My guess is that you don't know for certain who it was who sent it against you and you are making that assumption. Please explain to me how you would know who sent the driller I am very curious.
If it is your assertion that you were not at the location of Right Bank of Shadan, or Colosseum, and that you queued from clan hall, then there may be a bug I am unaware of currently. And assuming this is the case, how do you know which player sent this driller?
Reply QuoteRemoveEditBan

80
In your clan, in addition to Harley, all the cowards and only Harley could do it since I’m fighting with him, and before that he attacked me, you also ask how I can easily find out by caste who was at sea
in general, I understand that you are distorting the rules the way you want, I will specifically accuse you of bias and inability to adequately fulfill your duties, give a neutral guardian, let him look and make decisions
for some reason, you would be immediately removed from your apesy for bias, you and lin, the swan would immediately shut down and you’ll search and find no violations, just as if checking your journal is clan, then you would already be in prison if you checked who then not biased
Reply QuoteRemoveEditBan

72
I still see no evidence that would allow me to take actions against Harley or any other player. Just because you think it was him doesn't make it the truth. Before I make any action, I need to prove to myself that these actions are ACCURATE and TRUE. I cannot do that with any of your claims. It wouldn't matter who the person you are accusing of cheating is. I base my decisions on FACTS, not an emotional outburst, nor an assumption. You have presented me no facts to prove that the wraith was Harley, nor that the low damage was by an intent by the player to cause you to lose. You have offered that as your OPINION and I won't shackle other players because it's your OPINION they did something wrong. You don't get to decide who gets shackled, that is not your responsibility.
As for you claim of bias, I stand by every decision I have ever made as a guard, and that includes the punishments I have handed out to friends and clan mates. It's very easy for you to claim I am biased when you don't get what you want, but you need to understand, just because you are vocal about your claims, it won't make them accurate and won't get me to change my principals. I will not sway my objectivity because you accuse me of showing bias. That would be showing bias for you and against another player, so consider that before you make such an outlandish remark.
Reply QuoteRemoveEditBan

80
I understand correctly, you can pick up the real from the character without his knowledge, but you can’t see who threw

Partially removed as using Language other than English per the Forum Rules.
Reply QuoteRemoveEditBan
Show Changes

90
Driller can be send by lnsglng4u, he use this drillers.....But i just want ask about my own problem, how admin can use my account after send punishment and remove additional real moneys after payed price???

Reply QuoteRemoveEditBan
И так будет с каждым!!!
You need to log in or register before leaving a comment.
Site map
Do you really want to delete this photo?
nevermind
yes, delete