According to a long-forgotten tradition, the emperors of Sadar and Valor decided to announce from 12:00 on December 25 to 12:00 on January 3, days of festive Combat Steel. 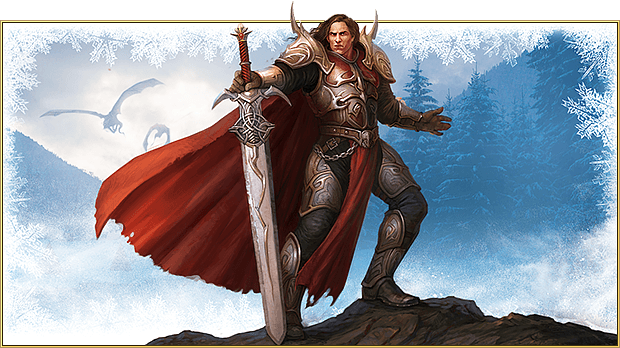 Thanks to the protective spells that the Great Dragons will use to protect the inhabitants of Adana, in all battles between players equipment will not break in case of death. However, you should remember: spells only work when you are killed by a blow from a warrior like yourself! If you are defeated in battle by a warrior born of Dragon magic, skeletar, dragon or other monster, the spell will be powerless: your equipment will be damaged in the same way as in a normal battle. Remember this and do not rush into battle headlong: even the most courageous and valiant defenders of Tarth will not be prevented by prudence.

Also, the emperors decided to remind everyone that there can be no future without memories of the past. During the event, Master Davian will give each brave warrior who has reached level 12 a task Primordial Rage. Follow his instructions to challenge other players on Arena of Honor, Tournament of Honor, Naval Battles, as well as on Ruins of the Ancient Capital. Winning battles and inflicting the necessary amount of damage to your opponents, you will receive , and destroying 15 opponents, you will receive .

Inside the first chest, you are guaranteed to find a certain amount of reals, a purse of a Furious Destroyer and powerful consumable items, and if you are lucky, you can even find a belt there. In the second chest, you can find several caskets Bonecrusher, suitable for your class glyphs and, if luck smiles on you, one of the talismans red quality. As soon as you complete one task, Master Davian will give you the following, up to until the end of the event.

31
its a not brake but not really a non brake... i have again uninstall this game ... make an event till its end ...
Reply QuoteRemoveEditBan
You need to log in or register before leaving a comment.
Site map
Do you really want to delete this photo?
nevermind
yes, delete