Night of the Great Dragons: Maritar the Black Heart 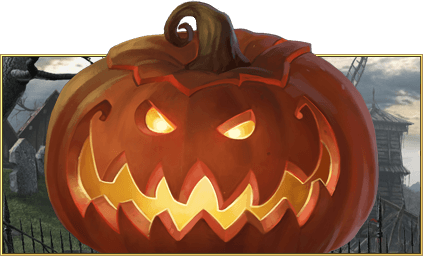 Warriors of Tartu are doing great so far, slaying undead, lighting lanterns, and intimidating opponents in combat; for that, Ani-Dahlia generously rewards them with . Meanwhile, Velet's Guards are preparing to perform the Rite of the Great Dragon Awakening – but it's still too early to celebrate victory.

Beware, for Maritar the Black Heart is one of the most dangerous enemies you've ever encountered; and the countless undead hordes he can summon wield incredible power. Maritar will stop for nothing to see ritual of Great Dragon Awakening foiled.

Maritar has left his abode in the Halls of Peace and, on November 1st at 20:00 Server Time, , he will arrive in the Western Graveyard with a horde of Vampires, Succubi, Mummies, and Skeletars to summon a great army of undead and destroy the .

If you do not want this world to be left without the protection of the Great Dragons, you must help them rise from their sleep. Battle against Maritar the Black Heart will be epic!

Warriors who beat the villain will receive various characteristic-increasing holiday Candy as well as the Undead Exterminator – a special weapon that will make short work of the undead hordes.

Learn more about Night of the Great Dragons .