When hunting monsters in Adan, this item allows you to track down a Grohl, a Tkhiss or a Shersher and enter a battle with it. Win to receive 5 Tracker Reputation

and, with a substantial chance, one of the elements of the respective Collection.
The chance of encountering a Tracked Monster is decreased if the level of the slain monster is lower than yours.

18
this thing is stupid
">
Reply QuoteRemoveEditBan

12/02/2013 09:58 bobby0112
It just says lvl 50, but the hp and damage given is somewhat on equal grounds. killed the shersher and got a piece of a collection.
Reply QuoteRemoveEditBan

20/02/2013 04:54 Raven Sword13
this works a treat! (it works by randomly bringing "tracked-down" creatures into battles you have with other creatures/monsters - one appeared after my battle with a skrag). I beat the thing and rcvd a collection item. the creature was lvl 50 but its norm health of 5k was dropped to about 1200 from the start and all my health incr. items restored again to my pre-battle levels. So it works fine and gets you some pretty good stuff (and hunter points!)
Reply QuoteRemoveEditBan 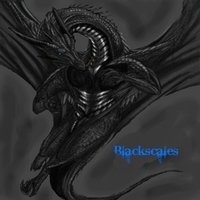 13
excited to try it out
Reply QuoteRemoveEditBan

9
how to use this thing">">">
Reply QuoteRemoveEditBan