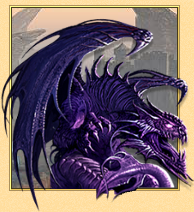 Warriors of level 59 and higher! New adventures await you!

There's a reason Adan is called the world of Dragons. The Great Dragons were born at the will of the All-Creator to command Life, Death and Time and to watch over the elements that raged in the young universe. Then came the lesser Dragons who later became one of the human's most faithful allies and friends. Dragons were the first line of defense when the forces of Shaab invaded Adan. Relentlessly they fought, but it wasn't until our ancestors created the Amulets of Melding that the forces of Adan prevailed. Ever since then, the alliance between humans and Dragons is what't been keeping this world alive. But if it shatters...

A chain of strange events involving the Dragons continued recently as the Fire Dragon Flamidar attacked the Academy Outpost, heavily wounding the guardsmen that stood watch that day. Eye witnesses to this terrible incident claim the Dragon's eyes were filled with madness, as if Flamidar didn't control his own actions and didn't understand anything said to him. Cases of Dragon attacks on humans, especially Imperial soldiers are so rare you can literally count them on the fingers of one hand. No matter how angry a Dragon gets, they never hurt people. Never! What happened that made a Dragon break this unwritten oath?

The bond between the Dragons and the Humans must not be broken. Find Flamidar and learn about his reasons!

New adventures begin with A Plea for Help Quest, issued at  level 59 by the Chaos Dragon Halenmsar.

13/08/2015 15:06 jesenia5
">
Reply QuoteRemoveEditBan
You need to log in or register before leaving a comment.
Site map
Do you really want to delete this photo?
nevermind
yes, delete