Warriors of level 34 and higher, new adventures await you! 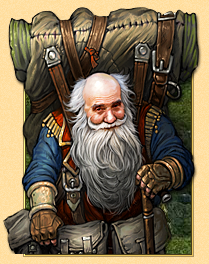 It's common knowledge that one must possess a fair amount of courage to travel Tartu on his own. Wild animals, mad deserters, robbers, monsters of all kinds – it's more than many an experienced warrior can handle, let alone a peaceful merchant. And I seems that the luck of the traveler and seller of exotic goods Melvin has finally run out.

It was late and dark in the Valdian Forest when the merchant and his faithful companion Rambah heard chilling, earsplitting cries. Lashing the ram was no use – Rambah was too tired to move faster anyway. The only thing Melvin could do was unstrap the shafts and run for his life aback the ram, leaving his merchandise behind. 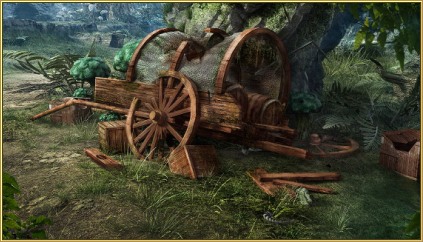 It goes without saying that as the morning came, all the goods were gone. Now, they must be returned, or else Melvin will go under, and Tartu will never see the exotic goods he brings from faraway lands again. Sadly, Melvin has no idea who the robbers were or how they looked like. Luckily, only a few crimes leave absolutely no clues pointing to the identity of the criminal. An observant investigator can surely track down the villains. But will the investigator be strong enough to punish them and return the stolen goods to Melvin? You'll have to answer this question yourself!