A Guest from the Other World!

Warriors of level 29+, an unexpected development requires your attention! 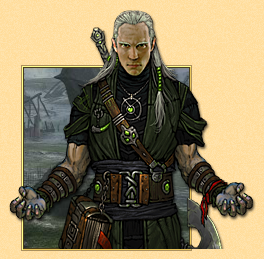 For many years, Falden Gral studied the intricate ways and dark secrets of necromancy, hoping to one day become Ani-Dahlia's trusted apprentice. But that day of fulfilled dreams never comes, as the leader of the Vigilant Guards doesn't think much of Falden's skills, considering him too absent-minded and mediocre a person to ever become a true necromancer. What is poor rejected Gral supposed to do? The only thing he could come up with is summoning a mercurial ice spirit and trying to control it as a means to an end!

Should inexperienced magic practitioners tinker with otherworldly beings? Are those beings just extraplanar analogues of jesters and harlequins - or are they dangerous? How many warriors does it take to beat such a spirit should it decide to throw a tantrum? Is Ani-Dahlia easily impressed? You have a unique chance to learn the answers to these questions in our new thrilling adventure!

01/03/2015 03:51 bobmomo1234
Reply QuoteRemoveEditBan
You need to log in or register before leaving a comment.
Site map
Do you really want to delete this photo?
nevermind
yes, delete