Changes in the Miner profession! 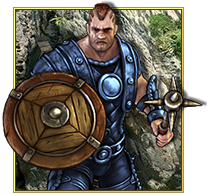 There have been important changes in the mechanics of mining!

2. The barbarians have an effect , thanks to which, during a long battle with Dragons and Skeletons, they will fly into a rage and receive an effect , significantly increasing their combat potential.

3. For fights with barbarians now will not be awarded points of the rating of the confrontation . In battles with players at farm points, the rating will be awarded in the same amount.

4. The more resources you mine, the more often the Barbarians will attack your mining points. At 04:00 in the morning the next day your mining progress will be reset to zero, and you will start mining resources again in the same mode.

5. In battles with Barbarians, when the owner of the farm point enters the battle, the employee will immediately leave the battle.

6. On Sun Clan Camp several new deposits have been found Coal and Quartz.