We must protect Christmas!

Trug's initial plan to invade Tartu with a massive Durg army failed. It was a costly mistake, nut he learned from it. Now he understands that in war, numbers aren't everything. You also need proper strategy and tactics. He won't make the same mistake twice and his new invasion plan is much more intricate.

Now Durgs have different orders. Trug has divided his forces into many smaller groups that are tasked with attacking the less protected parts of the continent. We call upon brave warriors of Tartu to defend our world and Christmas celebrations from these invaders. Be prepared to go to any part of the continent to stop Durg incursions. 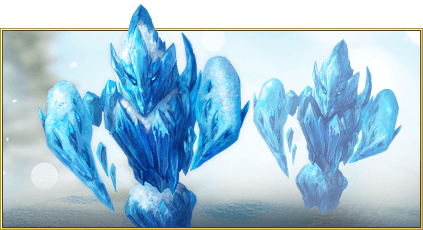 If you manage to repel 5 attacks of the Ice Army, you will receive Large Gift from Snowflake. Defeat 20 waves and enjoy addition reward of your choice: or the Ice Rod.

Third phase of Christmas Adventures begins with Invasion of the Ice Army Quest, which becomes available once you've reached level 9.

A Christmas Shop has opened its doors to customers on Winery Crossroads. There you can find unique holidays items that can be purchased for Gold or , acquired for completing Christmas-related Quests.

30
Removed by user
Reply QuoteRemoveEditBan
Show Changes
You need to log in or register before leaving a comment.
Site map
Do you really want to delete this photo?
nevermind
yes, delete