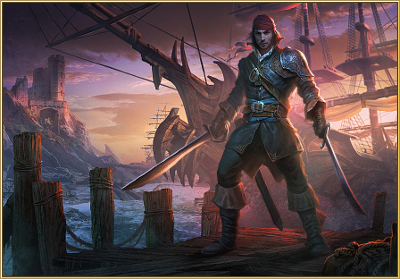 Throughout this long time, you’ve been protecting your homeland from threats within and without, you’ve defeated countless demon hordes, beaten malicious wizards and cultists, destroyed ravenous monsters who tried to devour peaceful citizens or relieve them of their livelihood. You’ve been exploring ancient ruins and dungeons, finding mysterious artifacts and exploring their potential. You stood together through many ordeals that endangered the very core of the universe, and challenged each other to participate in various contents in the times of peace to stay in the perfect shape.

We offer you our heartfelt gratitude for your unwavering loyalty and support, and hope to new feats of strength in the future!

Today we’re starting our Anniversary Marathon - a chain of special events that were prepared just for this occasion. You are already familiar with some of them, while others were never seen before.

So, let us start the first part of the celebration!

● During this period, equipment won't break after losing a battle.

● Also, all defenders of Tartu of level 15+ who log into the game during the festive week will receive a Casket of Plenty.

● Finally, you will be able to purchase special gift sets containing various magical items, and more importantly - inique Regalias with stats that scale with your current level!

Furhermore, our annual event, Echoes of Ancient Battles, starts today! It will last for 3 days - until April 11.

Ghosts of Shadan warriors have appeared in the Ruins of the Ancient Capital. Prove to the heroes of the past that brave heroes aren't extinct in Adan! Warriors who deal the most damage to the enemy in these battles have a chance of receiving special Spheres of Ghost Summoning. Use these Sphere in battle to summon a powerful ally whose level is tied to the level of your character.

• Once a day you will receive a Recurring Quest that will ask you to gather 1000 Spectral Essences. Essences can be acquired by fighting in the Ruins of the Ancient Capital. Complete the Quest to receive a Casket of Retribution.

Finally, Great Dragon Collections will be available for completion during the Echoes of Ancient Battles Event. A completed Collection will boost your battle stats for three days. Please note that each of the three Collections can only be completed once!

• Eldior's Statue Collection can be completed by fighting monsters and will increase your Valor earned by 25%.

•  can be completed by fighting in the Arena of Honor, Ruins of the Ancient Capital, and Tournament of Honor and will increase your Heroism earned by 25%.

• Aeona's Statue Collection can only be completed by warriors who take part in Sea Battles. Complete it to rceive a 10% health boost.

That is just the beginning! We have got something else in store for you. Enjoy the celebration!

Enjoy the game, thanks for the event!! ^_^
Reply QuoteRemoveEditBan

71
Unique regalia do not seem to be available.

Thanks for this event, It does look fun

78
8 years, 2 have been dead. won't make it to 10 without major effort. Sad to see what was a fun game die.
Reply QuoteRemoveEditBan
You need to log in or register before leaving a comment.
Site map
Do you really want to delete this photo?
nevermind
yes, delete